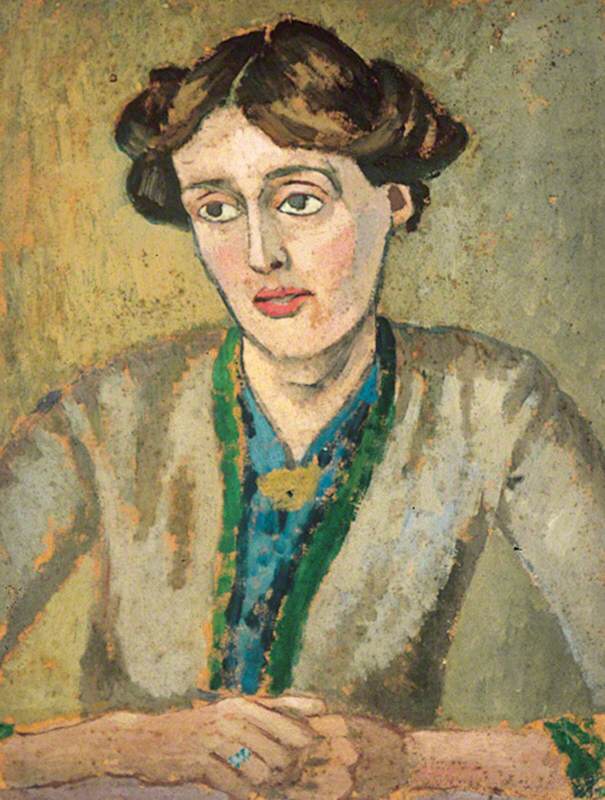 Adeline Virginia Woolf is well known as one of the major literary figures of the twentieth century. The English author, novelist, essayist, biographer, feminist, publisher and writer of short stories is best known for her novels “Mrs. Dalloway,” “To The Lighthouse,” “Orlando,” and her book length essay, “A Room Of One’s Own.” From this essay she is often quoted, “A woman must have money and a room of her own if she is to write fiction.”

She began writing professionally in 1900 with an article about Haworth, the home of the Bronte family for the Times Literary Supplement. Her first novel “The Voyage Out” was published in 1915 by her half-brother. She would go on to publish novels and essays as an intellectual to both critical and popular success. Much of her work was self-published through the Hogarth Press. Her work was often criticized for its narrow portrayal of the upper middle class intellectuals and lacked anything of ethical or emotional relevance for the common reader. She is often criticized as well for being perceived as an anti-Semite despite the fact she was happily married to a Jewish man and condemned Christianity as self-righteous egotism and in a letter to her friend Ethel Smyth, “my Jew has more religion in one toe nail—more human love, in one hair.” Additionally her distaste for fascism and its ties to anti-Semitism is quite plainly spelled out in her book, “Three Guineas.” Her final work, “Between the Acts,” aptly expresses some of her main themes : transformation of life through art, sexual ambivalence, and the flux of time throughout one’s life at the same time being a deterioration and renewal.

Throughout her life Virginia suffered from several “breakdowns” as a result of having symptoms that conform to bipolar disorder, the first occurring by the sudden death of her mother when she was thirteen. Her most significant episode occurred after the death of her father in 1904 and was in turn briefly institutionalized after her first suicide attempt. Modern scholars have suggested her recurring depressive periods were a result of sexual abuse both her and her sister were subjected to by her half-brothers. She vividly recounts this in an autobiographical essay, “A Sketch of the Past,” which can be now read in “Moments of Being” a collection of posthumously-published autobiographical essays. She wrote of the event, “I can remember the feel of his hands going under my clothes; going firmly and steadily lower and lower, I remember how I hoped that he would stop; how I stiffened and wriggled as his hand approached my private parts. But he did not stop.”

Throughout her life she struggled with periodic mood swings and associated illnesses. Though this often affected her social life, her literary career and productivity continued with very few breaks. After the completion of “Between the Acts” she fell into a deep depression. The onset of World War II and the destruction of her London home in the bombing only deepened it. On March 28th, 1941 she filled the pockets of her overcoat with stones and drowned herself in the River Ouse which runs through the counties of West and East Sussex near her home. In her last note to her husband she wrote :

“Dearest, I feel certain that I am going mad again. I feel we can’t go through another of those terrible times. And I shan’t recover this time. I begin to hear voices, and I can’t concentrate. So I am doing what seems the best thing to do. You have given me the greatest possible happiness. You have been in every way all that anyone could be. I don’t think two people could have been happier ’til this terrible disease came. I can’t fight any longer. I know that I am spoiling your life, that without me you could work. And you will I know. You see I can’t even write this properly. I can’t read. What I want to say is I owe all the happiness of my life to you. You have been entirely patient with me and incredibly good. I want to say that – everybody knows it. If anybody could have saved me it would have been you. Everything has gone from me but the certainty of your goodness. I can’t go on spoiling your life any longer. I don’t think two people could have been happier than we have been.”
~ Virginia Woolf