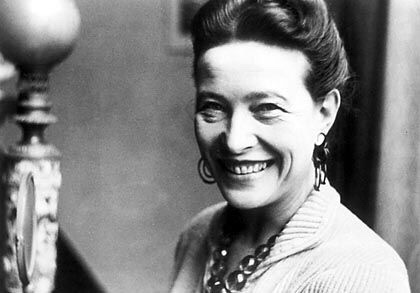 Today in History –> On this day in 1908 the great feminist theorist Simone de Beauvoir was born. Though she did not recognise herself as a philosopher, she contributed to fields in philosophy such as ethics, phenomenology, politics and existentialism. Known for her treatise ‘The Second Sex’ she provided a detailed challenge to the social, political and religious categories used to justify women’s inferior status.

“On the day when it will be possible for woman to love not in her weakness but in strength, not to escape herself but to find herself, not to abase herself but to assert herself – on that day love will become for her, as for man, a source of life and not of mortal danger”.