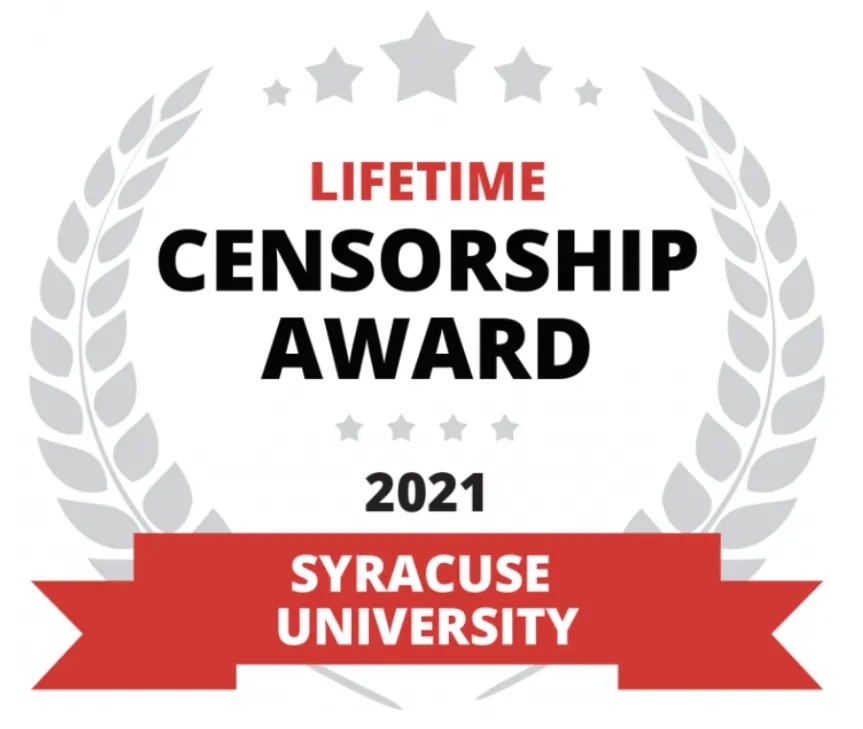 University of Tennessee, UT Health Science Center, Memphis, TN. A doctoral student in pharmacy was investigated for her excessive “sexuality” in her social-media posts, even though she didn’t identify herself as a student in the program. She’s sued the university.

Collin College, McKinney, TX. A history professor criticized Mike Pence on Twitter during the Vice-Presidential debate, saying that the moderator “needs to talk over Mike Pence until he shuts his little demon mouth up.”  The college issued a statement condemning her tweets and gave her a written warning despite the fact that her tweets were protected by the First amendment. Collin College then refused to renew her contract. Collin College did several other questionable things that are detailed in the piece.

Haskell Indian Nations University, Lawrence, KS. This is a publicly-funded school. It kicked out a student during the pandemic, forcing him to sleep in his car, for criticizing a university official. It also tried to order the student newspaper not to criticize the University.

New York University, New York, NY. NYU’s school of medicine tried to prevent its doctors from making any public comments about the coronavirus without consulting the University. This constitutes “prior restraint”. (NYU is a private school but swears to uphold free speech.)

Duquesne University, Pittsburgh, PA. A professor gave a student permission to say the n-word during a class discussion about why it’s inappropriate to use the word. The prof didn’t say the word, but allowed a student to do so pedagogically. The professor was removed from the class and then suspended for seven months without pay, including mandatory training.  The prof has hired an attorney.

Frostburg State University, Frostburg, MD. Like NYU, this school told its employees not to speak to the media about how the school was handling the pandemic. (That’s illegal, as this is a public school.) It then investigated and harassed a reporter for the student newspaper who criticized the school’s pandemic response.

Northwestern University in Qatar, Doha, Qatar. This Qatari branch of the Chicago school canceled a rock band concert because the lead singer was openly gay, citing “safety concerns.” They had the event on the U.S. campus, but violated freedom of expression overseas.

University of Illinois at Chicago. A law professor asked a hypothetical question on a law-school exam using redacted words. The question included an assertion that a person said they were called “a ‘n______’ and ‘b_______’. (profane expressions for African Americans and women”  Yes, the words were censored on the exam. And how could he have posed a hypothetical any more sensitively? After all, to judge the case you need some idea how the words were used. Nevertheless, UIC opened an investigation into the professor’s exam. This is chilling of speech, pure and simple.

Fordham University, New York, NY. Fordham has repeatedly refused to recognize a chapter of Students for Justice in Palestine because “its sole purpose is advocating political goals of a specific group.” This has been going on for four years. As I’ve said, I consider SJP an Islamist organization, but it’s both illegal and unethical to not recognize it when it recognizes other organizations with political agendas. The school also suspended a student for legal postings on his Instagram account.

And. . . . a school gets a Lifetime Censorship Award for repeated violations of its free-speech code! Voilà: 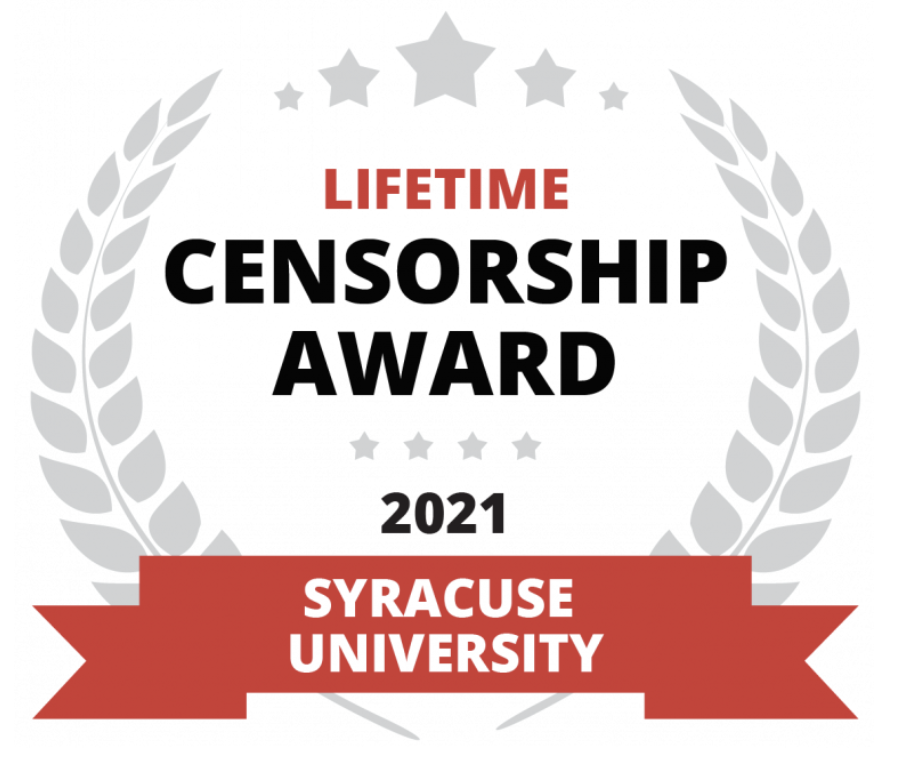 There’s too much to recount, but here’s one paragraph:

Even inaugurating a new chancellor in 2014 did not stem the tide of student rights abuses — Kent Syverud oversaw the dismantling of an entire engineering fraternity and the expulsion of several members in 2018 over their private satirical “roast.” Syracuse claims that the voluntary skit constituted “conduct that threatens the mental health” of others once it was leaked to the public — an assertion so preposterous that it led to lawsuits in state and federal court, where university attorneys attested, under oath, that the school’s speech promises are, in fact, worthless. Syracuse concluded the decade by rejecting a Young Americans for Freedom chapter over its conservative viewpoints, banning all fraternity social activity despite no evidence of misconduct by any of the students, and, most recently, placing a professor on leave for writing “Wuhan Flu or Chinese Communist Party Virus” on his course syllabus.

It’s sadly ironic that the university itself argues that its promises of free expression are worthless. Parents, don’t let your children grow up to be Syracuse students!

As a palliative, here are FIRE’s top five for free speech: