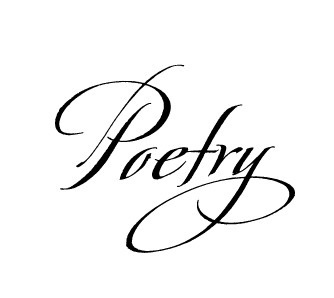 There are a multitude of poetic forms that gave been used through the ages from a Shakespearian Sonnet to a Haiku to my favorite a Sestina. Definitions provided here adapted from poetryfoundation.org website. Here are a few of the ones I employ on a regular basis:

Ballad – A popular narrative song passed down orally. In the English tradition, it usually follows a form of rhymed (abcb) quatrains alternating four-stress and three-stress lines. Folk (or traditional) ballads are anonymous and recount tragic, comic, or heroic stories with emphasis on a central dramatic event; examples include “Barbara Allen” and “John Henry.” Beginning in the Renaissance, poets have adapted the conventions of the folk ballad for their own original compositions. Examples of this “literary” ballad form include John Keats’s “La Belle Dame sans Merci,” Thomas Hardy’s “During Wind and Rain,” and Edgar Allan Poe’s “Annabel Lee.”

Ballade – An Old French verse form that usually consists of three eight-line stanzas and a four-line envoy, with a rhyme scheme of ababbcbc bcbc. The last line of the first stanza is repeated at the end of subsequent stanzas and the envoy. An example is Hilaire Belloc’s “Ballade of Modest Confession”.

Free Verse – Nonmetrical, nonrhyming lines that closely follow the natural rhythms of speech. A regular pattern of sound or rhythm may emerge in free-verse lines, but the poet does not adhere to a metrical plan in their composition. Matthew Arnold and Walt Whitman explored the possibilities of nonmetrical poetry in the 19th century. Since the early 20th century, the majority of published lyric poetry has been written in free verse. Examples include the work of William Carlos Williams, T.S. Eliot, Ezra Pound, and H.D.

Haiku – A Japanese verse form of three unrhyming lines in five, seven, and five syllables. It creates a single, memorable image. The Imagist poets of the early 20th century, including Ezra Pound and H.D., showed appreciation for the form’s linguistic and sensory economy; Pound’s “In a Station of the Metro” embodies the spirit of haiku.

Limerick – A fixed light-verse form of five generally anapestic lines rhyming AABBA. Edward Lear, who popularized the form, fused the third and fourth lines into a single line with internal rhyme. Limericks are traditionally bawdy or just irreveren. Examples include “A Young Lady of Lynn” or Lear’s “There was an Old Man with a Beard.”

Sestina – A complex French verse form, usually unrhymed, consisting of six stanzas of six lines each and a three-line envoy. The end words of the first stanza are repeated in a different order as end words in each of the subsequent five stanzas; the closing envoy contains all six words, two per line, placed in the middle and at the end of the three lines. The patterns of word repetition are as follows, with each number representing the final word of a line, and each row of numbers representing a stanza:

Sonnet – A 14-line poem with a variable rhyme scheme originating in Italy and brought to England by Sir Thomas Wyatt and Henry Howard, earl of Surrey in the 16th century. Literally a “little song,” the sonnet traditionally reflects upon a single sentiment, with a clarification or “turn” of thought in its concluding lines.

Petrarchan sonnet, perfected by the Italian poet Petrarch, divides the 14 lines into two sections: an eight-line stanza (octave) rhyming ABBAABBA, and a six-line stanza (sestet) rhyming CDCDCD or CDEEDE. John Milton’s “When I Consider How my Light Is Spent” and Elizabeth Barrett Browning’s “How Do I Love Thee” employ this form.

Italian sonnet is an English variation on the traditional Petrarchan version. The octave’s rhyme scheme is preserved, but the sestet rhymes CDDCEE. Thomas Wyatt’s “Whoso List to Hunt, I Know Where Is an Hind” and John Donne’s “If Poisonous Minerals, and If That Tree.”

English (or Shakespearean) sonnet, which condenses the 14 lines into one stanza of three quatrains and a concluding couplet, with a rhyme scheme of ABABCDCDEFEFGG (though poets have frequently varied this scheme) George Herbert’s “Love (II),” Claude McKay’s “America,” and Molly Peacock’s “Altruism” are English sonnets.

Spenserian sonnet is a 14-line poem developed by Edmund Spenser in his Amoretti, that varies the English form by interlocking the three quatrains (ABAB BCBC CDCD EE).

Villanelle – A French verse form consisting of five three-line stanzas and a final quatrain, with the first and third lines of the first stanza repeating alternately in the following stanzas. These two refrain lines form the final couplet in the quatrain. Example “Do Not Go Gentle into That Good Night” by Dylan Thomas, Elizabeth Bishop’s “One Art,” and Edwin Arlington Robinson’s “The House on the Hill.”