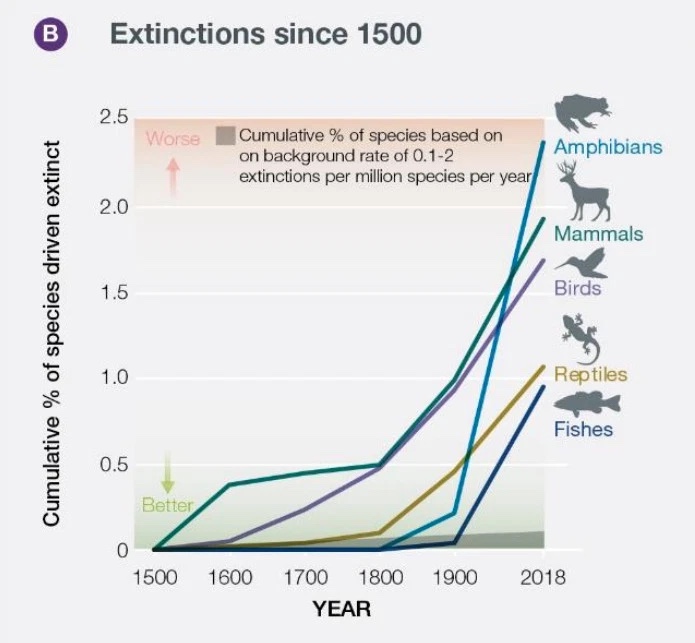 Something to think about:

A few years ago, a team of researchers in Europe wanted to figure out the answer to a simple question: How long would it take for evolution to replace all the mammal species that have gone extinct in the time humans have walked the earth?

Some 300 mammal species have died off since the last ice age 130,000 years ago. Their answer: It would take 3 to 7 million years for evolution to generate 300 new species. Humans have been around for about 200,000 years. That’s a blink of an eye in terms of the age of the planet. Nevertheless, in that time, we have caused damage that may well last longer than our species itself.