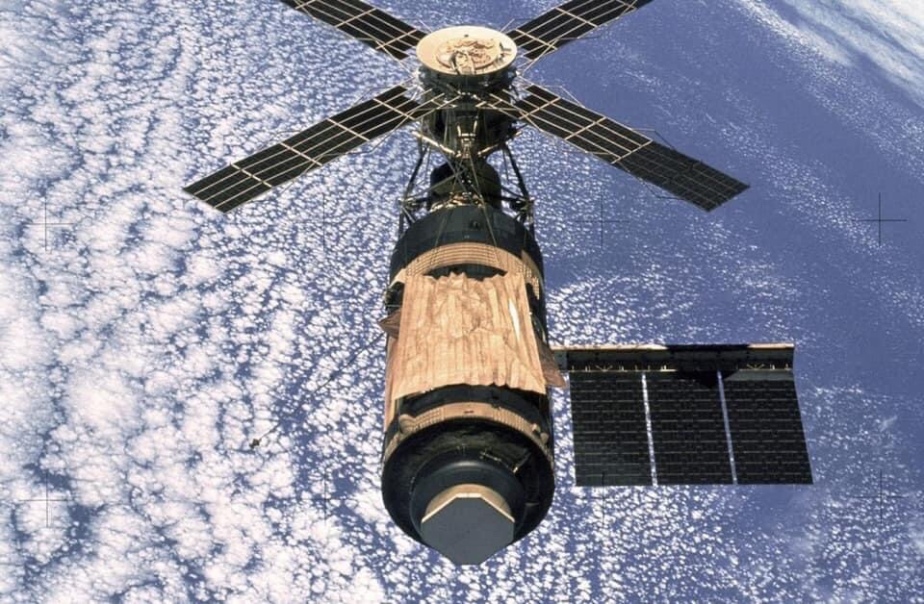 Skylab was the United States’ first space station that orbited the Earth from 1973 to 1979. The station was equipped with a solar observatory (Apollo Telescope Mount), workshop and scientific equipment for conducting experiments in space.

Launched on the retiring Saturn V rocket, the station saw three manned expeditions between 1973 and 1974. Thousands of photographs of Earth were taken, and the Earth Resources Experiment Package (EREP) viewed Earth with sensors that recorded data in the visible, infrared, and microwave spectral regions.

Plans to reuse Skylab for further space missions were delayed and eventually scrapped due to the development of the Space Shuttle Program.

On July 11th 1979, Skylab was de-orbited and fell back to Earth amid huge worldwide media attention.