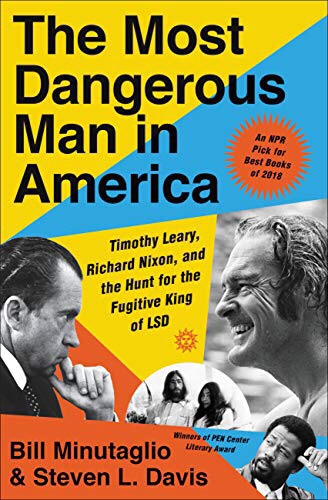 Timothy Leary was an American psychologist who became an iconic figure of the 1960s counterculture, coining possibly the most widely used catchphrase linked with that era: “Turn On, Tune In, Drop Out.”

However, the order in which Leary wished us to do these three things is slightly different. He felt that society was polluted by politics, and made up of sterile, generic communities that do not allow the depth of meaning needed by true individuals. The first thing he thought we should do is “Drop Out,” by which he meant that we should detach ourselves from artificial attachments and become self-reliant in thought and deed. Unfortunately, “Drop Out” has been misinterpreted as urging people to halt productivity, which was never his intention.

Next, Leary tells us to “Turn On,” or delve into our unconscious, and “find a sacrament which returns you to the temple of God, your own body.” This is a command to explore deeper layers of reality, as well as the many levels of experience and consciousness. Drugs were one way to do this, and Leary, a Harvard professor, began experimenting with the hallucinogenic drug LSD.

To “Tune In,” Leary asks us to return to society with a new vision, seeking fresh patterns of behavior that reflect our transformation, and to teach others our newfound ways.”