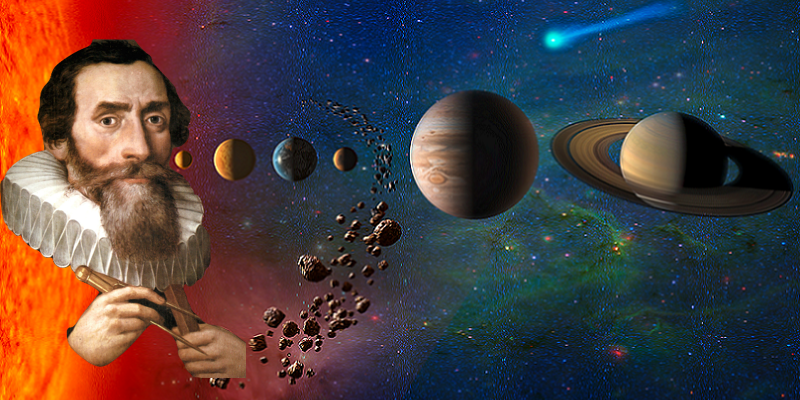 Born in the city of Weil der Stadt near Stuttgart, southern Germany, in 1571, Johannes Kepler witnessed the Great Comet of 1577 as a small child, marking the start of his fascination with the heavens. While studying at the University of Tübingen, he developed a reputation as a brilliant mathematician and astrologer. He corresponded with various leading astronomers of the time, including Tycho Brahe, ultimately moving to Prague in 1600 to become Brahe’s student and academic heir.

Following Brahe’s death in 1601, Kepler took on the post of Imperial Mathematician, with a royal commission to complete Brahe’s work on the so-called Rudolphine Tables for predicting the movements of the planets. He completed this work in Linz, Austria, where he worked from 1612 until his death in 1630.