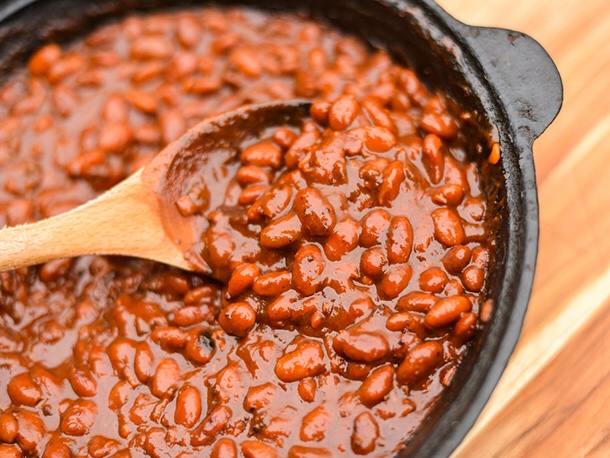 Cut a shallow X in the bottom of each peach with a sharp knife and blanch in batches in a large pot of boiling water for 10–15 seconds.

Transfer the peaches to a large bowl of ice water and let stand until cool enough to handle. Peel the peaches, then halve them lengthwise and pit. Toss the peaches with the sugar and chill, covered, for at least 8 hours.

In a large stockpot, mix the vinegar and cinnamon sticks, with the peaches and their accumulated juices. Bring to a boil over moderate heat.  Skim off the foam. Reduce the heat and simmer until the peaches are barely tender, 3 minutes or so.

Divide the peaches and cinnamon sticks among the prepared jars. Return the peach-cooking liquid to a boil, then pour into the jars, leaving 1/4 inch of space at the top.

Wipe off the rims of the filled jars with a damp kitchen towel, place the lids on the jars, then firmly screw on the rings. Put the sealed jars on the rack of the canner and, if necessary, add enough hot water to cover the jars by 2 inches.

Boil the jars for 20 minutes, covered, then transfer to a towel-lined surface to cool. The jars will seal as they cool.

After the jars have cooled for 12–24 hours, press the center of each lid to check that it’s concave and that a vacuum has formed and they are sealed.  Store in a cool dry place for up to 1 year.

Place any jars that haven’t sealed in the refrigerator and use them first. 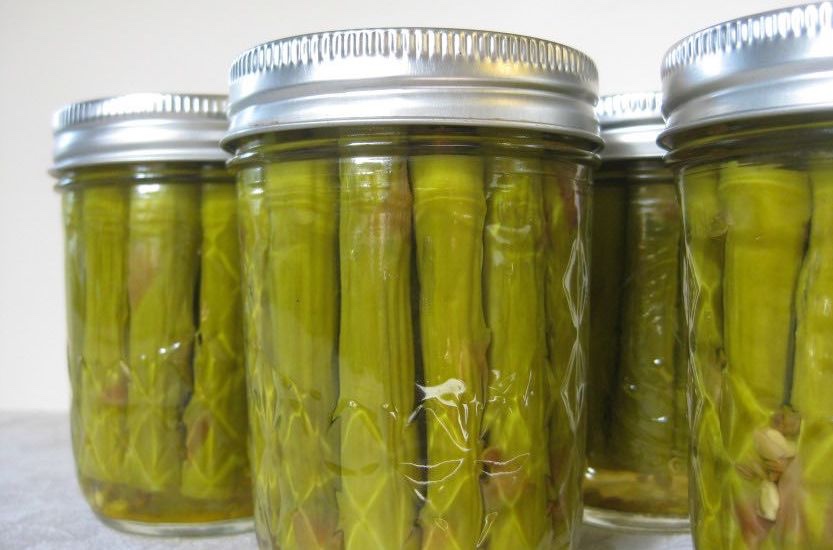 Combine the white vinegar, water, and sugar in a saucepan and heat to boiling, stirring to dissolve the sugar.

Process in a boiling-water bath for 10 minutes.  Let cool undisturbed for 12 hours. Store in a cool, dry place. Do not open for 6 weeks to allow the flavors to develop.

Pack jar tightly with stems, onions, and spices. Bring water, salt, and vinegar to a low boil. Remove brine from heat and let cool for 15 minutes. Pour brine over veggies, making sure brine covers everything. Place a fermentation weight over the top to prevent as much contact between the air and the brine surface, or rig up something of your own that will serve the same purpose not the lid though.

Let your container sit at room temperature for 3-5 days, until your stems have the perfect saltiness, flavor, and crunchiness. When they reach that point, trade the weight for a lid and place the whole container in the fridge. Your pickled stems will last several weeks or less depending how much you enjoy them.

Working in batches, pulse tomatoes and onion in a food processor until finely chopped. Transfer to a 6-quart Dutch oven. Stir in peppers and salt. Cover and chill for at least 8 hours, preferably overnight.

Uncover and bring to a rolling boil over medium-high heat, stirring occasionally. Pour through a wire-mesh strainer into a bowl, pressing with back of a spoon to release liquid. Discard liquid or save for another use.  Return solids to Dutch oven.

Add remaining ingredients; bring to a boil over medium-high heat. Boil, stirring occasionally for a few minutes until liquid evaporates. Spoon into clean jars. Let cool slightly. Cover and chill.  Keeps in the refrigerator for up to 3 weeks.

Heat the water in a large pot over high heat and bring to a hard boil. Add 2 tablespoons of the salt and stir to dissolve. Add the shrimp and boil just until they turn pink, about 30 seconds or so. Drain.

Cover tightly and refrigerate for 8 to 12 hours. 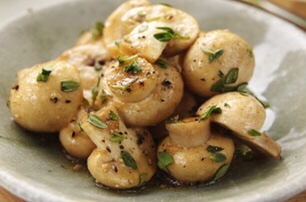 
Lightly rinse the mushrooms; do not soak them. Dry the mushrooms, cut into bite-sized pieces, and put in a glass container.

Combine all of the remaining ingredients in a small saucepan, stir well, and bring to a boil over medium-high heat.

Pour the brine over the mushrooms and cool to room temperature. Cover and refrigerate for at least 1 week before eating to allow the mushrooms to cure. The mushrooms will keep for up to 2 weeks in the refrigerator.

Combine rind, sugar, vinegar, and ¾ cup water in a 4 quart saucepan. Bring to a boil until sugar dissolves. Remove from heat. Cool completely.

Stuff jars with cucumbers and onions. Add sugar, vinegar, salt and celery seeds together and mix. Add liquid mixture to the top. This recipe makes 3 quarts.

Store in refrigerator and they will keep for months. Do not heat liquid, just stir vinegar, sugar and salt until dissolved and pour over the cucumbers and onions. 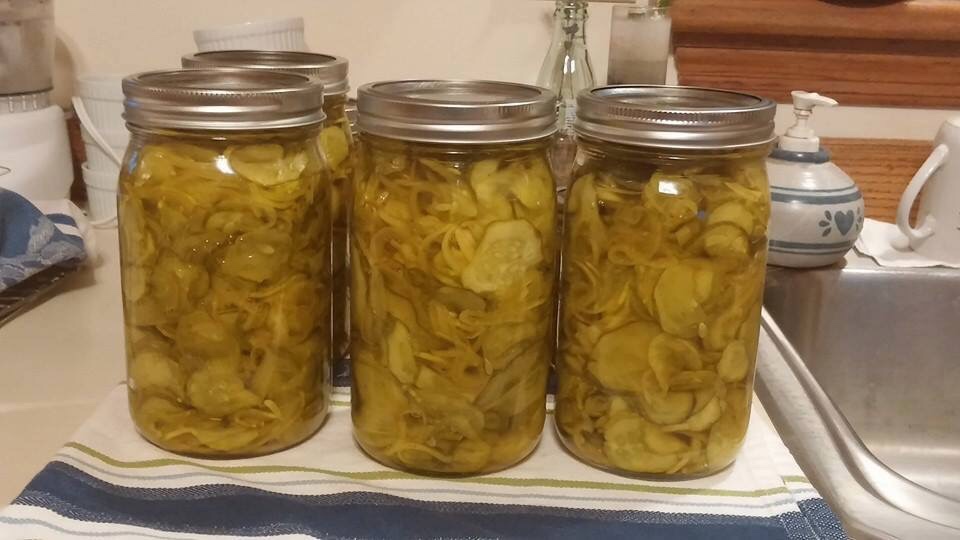 Slice cucumbers very thin.  Place in two gallon container with onions and peppers. Mix salt and ice.  Pack on top of vegetables. Cover with weighted lid, and allow to stand for 3 hours. Drain.  Mix remaining ingredients and pour over vegetables in a large pot.    Bring to a boil over low heat. Stop cooking immediately, do not overcook.  Ladle into hot sterilized jars and seal.